Working closely with the G20 to raise awareness around gender issues, and ensure gender equality in the context of growth targets is on the G20 agenda.

More women than men are living in poverty in both developing and developed countries: women and girls represent 50% of the number of people living in poor households in developing countries and 53% in European countries. 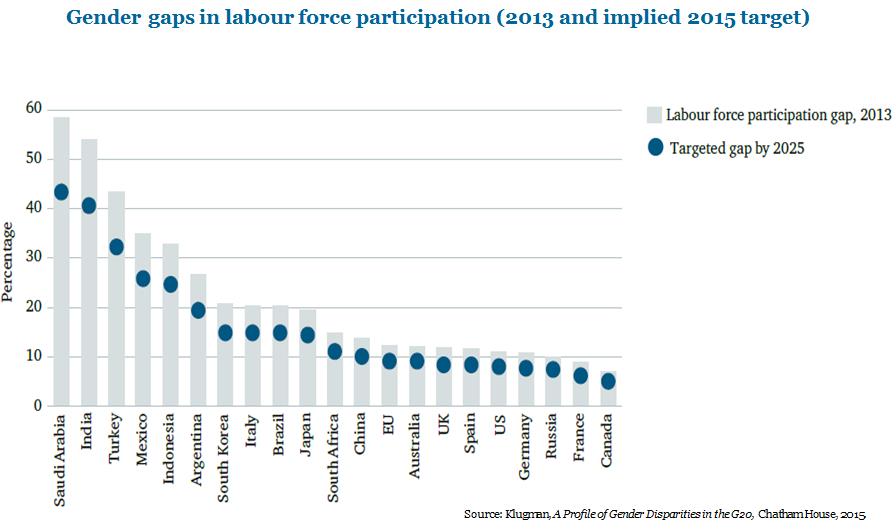 In addition, many women are excluded from economic decision-making within their own household (UN, The World’s Women 2015), they also receive lower salaries than men, and work longer hours. Furthermore, they are often excluded from the labour market, do not have access to finance, and are denied property rights. Closing the gender gap, therefore, is a fundamental human right, but also smart economics

At the G20 summit in Brisbane in 2014, the G20 leaders pledged to reduce the gap in participation rates between men and women by 25 per cent by 2025. The changes implied by this target vary across the G20 countries: the gender gaps in labour force participation are largest in Saudi Arabia, India and Turkey, where the differences in male and female rates presently exceed 40 per cent. 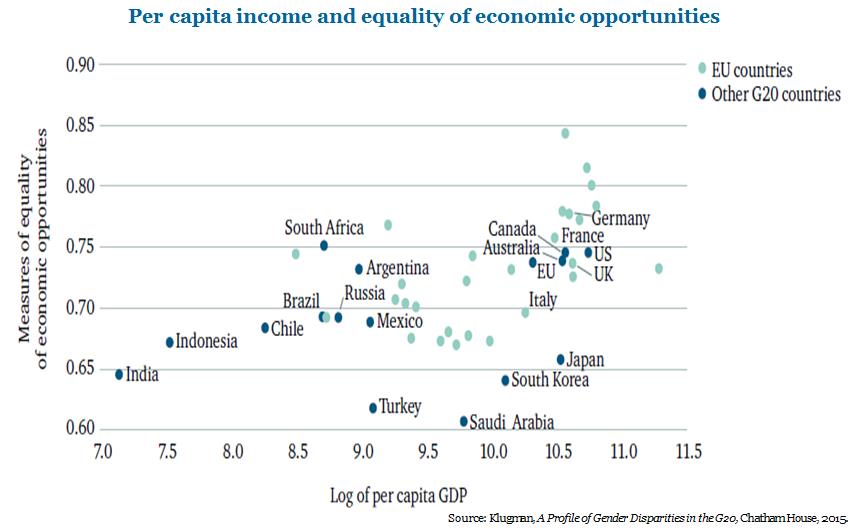 ender gaps are a challenge across countries at different levels of income: high incomes do not necessarily eliminate gaps as the countries’ social, policy and institutional contexts determine women’s economic opportunities. 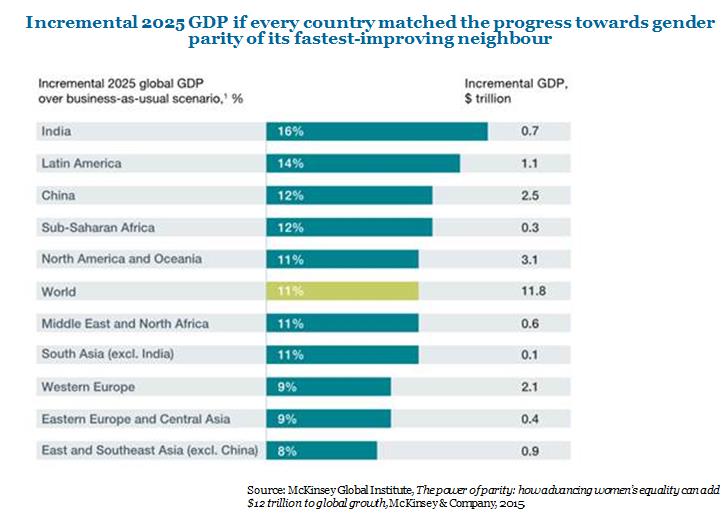 Closing the gender gap is economically crucial: if every country matched the rate of improvement of the fastest-improving country in their region, the 2015 global GDP would increase by $12 trillion (11 per cent).

How Women’s Experience and Expertise Will Drive Economic Recovery

In the second summer special episode of Undercurrents, Ben speaks to Allison Gardner about how to prevent bias in AI.

After five years of the W20, women and gender equality remain at the margin of the G20. There is a real risk of the W20 representing a one-off territorial gain at a frontier that could easily be pushed back again.

Governments must stop seeing the old purely as a liability. In particular, older women in rural areas can have a big impact on social and economic prosperity.

Governments should use public procurement policy as a strategic lever to accelerate gender-inclusive economic growth through the application of state spending power.

This brief note seeks to inform the work of the W20 in expanding women’s economic opportunities. It begins by outlining the origins and objectives of the W20, as recently agreed by the G20, then highlights the key gaps in economic opportunities for women and girls in G20 countries, identifying common challenges as well as distinguishing features and constraints.

The new G20 engagement group linking gender equality and growth can build on growing commitments to expand women’s participation in the workforce.

Women comprise just under half the world's population and great strides have been made in advancing their rights. Yet their participation in the workforce is actually falling and their earning potential is still restricted. And this is not just a Third World problem: the West is also guilty. Enabling women to work benefits everyone

The G20 needs to put gender equality at the heart of its agenda. Correcting the stark imbalances in economic opportunities for women and bringing more women into the labour force should be central to meeting its economic objectives. To this end Chatham House has been promoting the creation of the W20 as the official engagement group for gender equality.